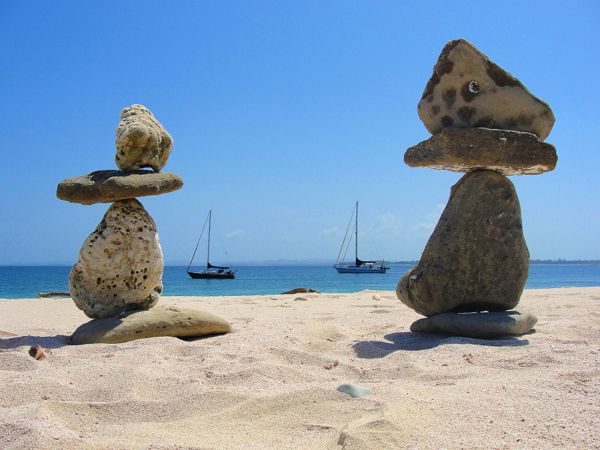 Once upon a time there was a girl, who dreamed of a life on the sea. This girl was the kind, that bought records of whales singing, imagining they were calling to her. Along came a guy, who had a vision of sailing the oceans one day – cruising turquoise waters, anchoring in remote islands, experiencing different cultures, languages and foods.

When said girl met said guy their love bloomed, and slowly they came up with a plan. Sailing lessons began, books were bought and studied, a child was born. Each day on the job meant one day closer to retirement. Suddenly the day came. It was time to make a dream become reality – not just talk the talk, but walk the walk. A house was sold, things were given away, goodbyes were said, and the family of three moved onto the sailboat of their dreams.

This is the story of our yacht, the Lisa Kay.

The work initially was intense. There was a big learning curve as this was our first boat we had ever owned. We knew what we wanted; not just a sailboat, but a home – filled with most of the comforts one would have on land. As a firefighter of thirty years, Larry had broken his back mid-career.

After many surgeries and being given a life sentence of pain, we knew we needed a comfortable blue water boat. After six months and many upgrades the Lisa Kay left her port in Ventura, California and sailed south into Mexico.

Mexico was an amazing country to spend one and a half years exploring. From being up close and personal with Gray Whales in Laguna San Ignacio where they give birth, to living in Puerto Vallarta doing volunteer work with the organization Families at the Dump, we quickly realized that as challenging as a cruisers life can be – the experience is rewarding and unforgettable.

Barra de Navidad, Ixtapa, Huatulco, and Chiapas – leaving the Lisa Kay safely at anchor, we will never forget the opportunity to do the land travel that we did in Mexico by luxury bus; Morelia to see the Monarch Butterflies that have taken three generations to make their return trip, and the amazing Palenque Ruins of the Mayan Indians – just to name a few.

Next was Bahia del Sol, El Salvador, where once again we were given the opportunity to volunteer at a school, helping to teach English. A road trip from there into Guatemala and the beautiful colonial city of Antigua, surrounded by volcanoes, which became the first of many that we hiked.

El Salvador and Nicaragua are full of volcanoes, from newer ones that you can sled down the outside on the fine, black sand, to walking around the older ones that boast lush, green rainforests.

Costa Rica was another long stopover as we waited out the hurricane season in the beautiful Marina Papagayo. Hearing and seeing the howler monkeys in the trees, humpback whales in the bay, and dorado racing through the marina chasing their food while we sipped our morning coffee or enjoyed an evening cocktail on deck are some of the many magical moments on the Lisa Kay.

Our first three years, as we worked our way down the Central American coast were relatively easy passages filled with abundant sea life; fish, whales, birds, and turtles. We built our confidence and learned all the systems on the boat, inside and out. We also came to appreciate, more and more, the simple luxuries that set her apart from other boats we traveled with.

First and foremost is plenty of fresh water. Clean water to drink, bathe, cook with and wash dishes is a God send when you are not tucked in a marina and are enjoying an anchorage. And the beauty of fresh water toilets is – no smell! The next luxury that has seriously been appreciated is the air conditioning.

Not only does it help keep the inside of the boat nice and dry and free of mold in humid weather, but that refreshing “cool down” just before bedtime in the tropics brings about a peaceful night’s sleep. There have been a few occasions where we have had to run the heaters as well, which was a real treat. Having a washer and dryer is a luxury most boats cannot afford, but the Lisa Kay can and it was used frequently.

Traveling with our son, from the age of nine to fourteen, having satellite TV has been a bonus as well. We have been in many a foreign country, hosting a movie day with the local island children – popcorn and all!

It doesn’t really matter what language you speak with movies like Nemo or Wall-E, just seeing their faces light up when they look at the colorful screen warms your heart. We will forever fondly remember having a Super Bowl party with our fellow cruisers while being anchored in the middle of the remote Darrien Jungle on the border of Panama and Columbia. What fun!

The Lisa Kay was a rather popular boat amongst the cruisers! She is a party girl, hosting many! Ample deck space, a comfortable cockpit, and the unique set up in the galley/salon allows for socializing while cooking. Many good times we have had. One of our favorite things to do has been to bake cakes and goodies for the locals to share as many have rarely enjoyed such a treat.

When asked, “What has been our favorite thing about cruising the world,” we always say it is the friends we have made along the way and the local people we have come to love in these faraway lands. And that will be what we will miss the most as we have made this bittersweet decision to sell her.

Evolving in the Galapagos

Our departure from the continent of North America was in April of 2012. First stop, the Galapagos Islands. It was here, in the land of “all things Darwin”, that we realized how much we – the Anderson’s- had evolved as people. We had learned so many things; patience, resilience, confidence, strength, grace….

Things that had once seemed so important to us, weren’t so much anymore; learning to feel completely satisfied with our day just by witnessing a gorgeous sunset, a snorkel with tropical fish, or a beach bonfire with other cruisers and locals.

The Galapagos Islands were definitely a bucket list item of ours, well worth the stop. And what can we say, it is truly a magical thing to sail through French Polynesia – the Marquesas, Tuamotus, and the Society Islands – ahhhh….a nineteen day passage from Isla Isabella, Galapagos to Hiva Oa, Marquesas.

Next was Suwarrow, in the Cook Islands, a mostly uninhabited atoll. Two park rangers are stationed there six months out of the year. Realizing the only way to get there was on our own boat made it that much more special. How lucky are we, we thought.

We carefully trekked on bird islands, catching gigantic coconut crabs to feast on, and watched the enormous manta rays glide through the water while being cleaned of their parasites by tiny fish. Truly magical!

Western Samoa was a delightful surprise, boasting some of the friendliest people and the most gorgeous waterfalls in lush tropical rain forests. It was sweltering hot and very still here and once again we had smiles on our faces when we would cool off in the Lisa Kay air conditioning!

Our stopover in Niuetoputapu, Tonga was especially meaningful partly because so few cruisers made the effort to stop here. Having been devastated by a recent tsunami we really came to appreciate the resiliency of the human spirit, listening to the locals stories of the event.

After donating some much needed diesel to the lone police officer on the island, we were treated to a personal tour. We have learned, that everyone has a story, and if you take the time to listen – your life will be that much richer. We now have lifelong friends from the tiny island!

By Va’vau, Tonga, we all gathered as cruisers and wound down – reflecting on our past cruising season. It was here we were given the once in a lifetime chance to snorkel with humpback whales. And, when the time came, the Lisa Kay excitedly galloped south to Minerva Reef, then New Zealand – a whole different world from where we had been.

It was in New Zealand where our girl was outfitted with a new main sail, more powerful generator and inverter/charger, and several more upgrades to keep her going strong for the next half of the world.

It wasn’t all work in Kiwi land and we will never forget our land travel in the North and South Island – stunningly beautiful! Ben joined the local BMX (bicycle motto cross) team in Whangarei, training with the kids, and once again we made lifelong friends having been embraced by some of the local people.

The season of 2014 took us through the tropical islands of Fiji for three months. Provisioned with six months of supplies including many items to donate, being able to stock enough fresh food to spend three weeks comfortably in the Lau island of Fulaga was a time to cherish the rest of our lives – seeing as the local chiefs just re-opened their waters to cruisers in 2012 after having been closed for twenty some odd years.

This is an island where time has almost stood still, requiring the local chief to give you permission to anchor there after you have presented him with Kava and your story of why you were there. You are then given a local family that adopts you as one of their own.

We were given the opportunity to volunteer with the island nurse in a health census which made our time particularly meaningful. Once again we had to pinch ourselves to realize that this was real and we were here, because Lisa Kay had brought us.

A quick stop in Tanna, Vanuatu to hike and witness a live volcano was another bucket list item – not to be missed. New Caledonia, the Isles of Pines, and anchoring in an assortment of stunning islets culminated the season before we headed south to the land down under.

With mixed emotions we have decided to sell the Lisa Kay. It was not our initial intent and we were all set to sail into Indonesian waters towards Thailand. But, alas….plans do change. We have family who needs us, medical needs of our own, and a 14 year old son who is so excited to start high school and is ready to get involved in sports.

We hope you have enjoyed our story and perhaps now is the time for you to go out and make one of your own. We are confident the Lisa Kay will make a lovely home and blue water passage vessel for the right person/family. And if it’s you – we will be along for the ride in spirit – wishing you as much joy and magical moments as we have had.

This stunning 1992 Tayana 55 is for sale with DBY Boat Sales.  For boat specs, photos and contact informaiton,  head here. 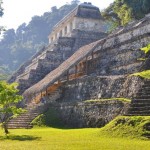 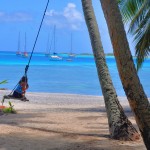 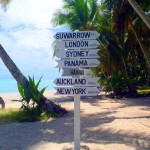 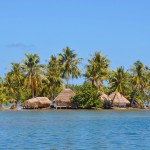 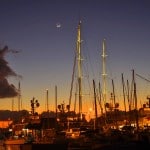 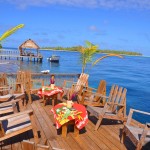 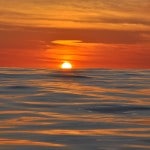 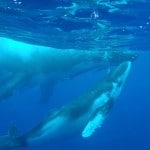