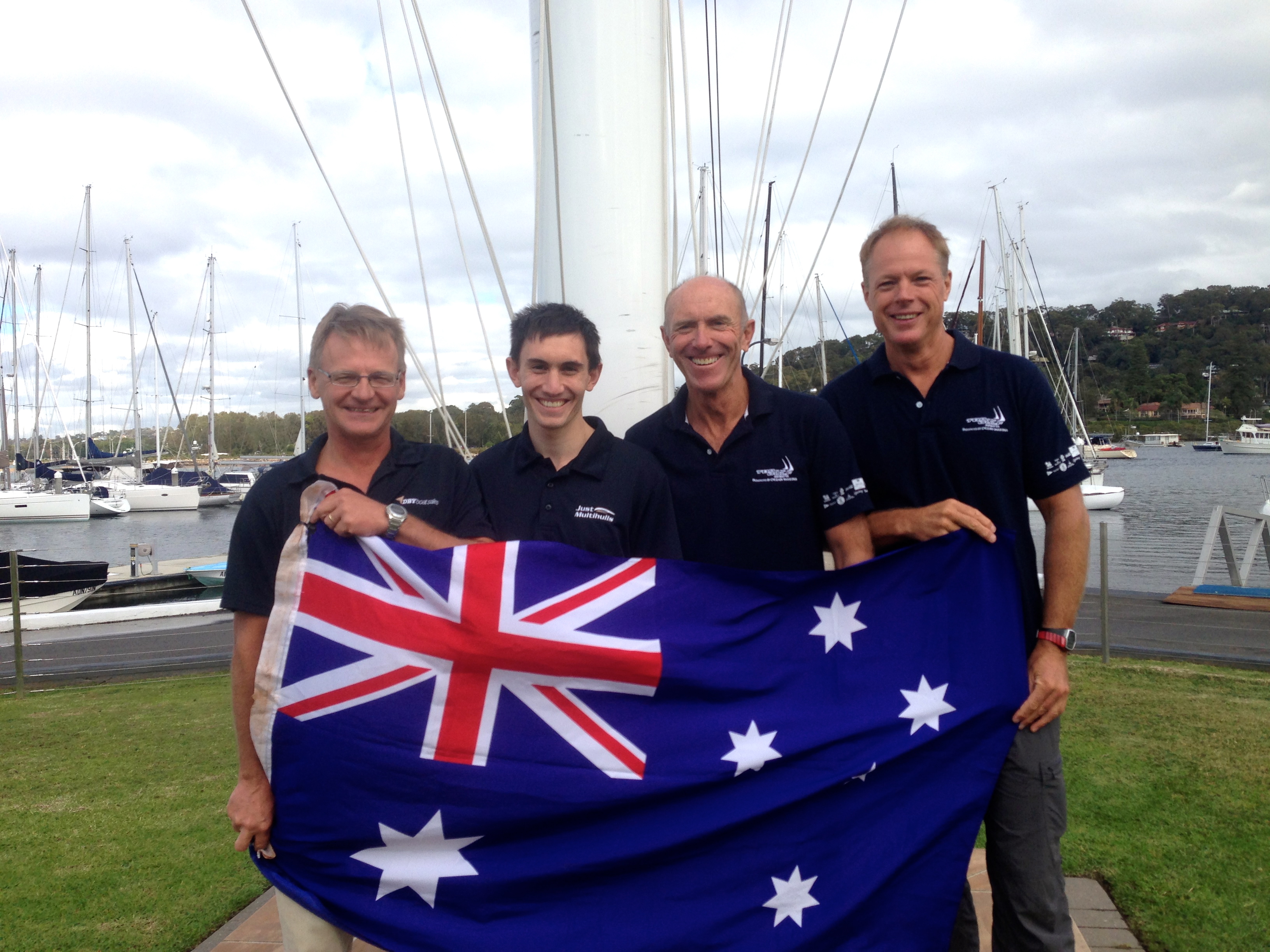 For the first time the event is being held in the exciting and new DM24 trimaran and will comprise both coastal distance courses and spectacular stadium sailing that runs at a frantic pace taking into stride the most famous of Atlantic and Mediterranean ports over a period of 4 weeks.

The Australia team comprising Brett Dryland, Rod Waterhouse, Evan Darmanin and Chris Way are the only Australian team accepted to compete. Brett, Chris and Rod are previous seasoned campaigners and have success in international extreme events.

For Evan, this will be his first international major and he brings  the valuable energy of youth and talent.

The event is fully backed and now promoted by the organisers of the famous Tour de France bike race and is aimed at large scale public exposure and participation.

The concept is brilliant for the sport of sailing and ground breaking by creating an exciting new platform for young sailors to strive for in the future.

“We recognised this event to be an incredible challenge for us to be part of but more so an event that Australia should be represented in considering our sailing strength and heritage” said Rod Waterhouse.  “If we can start the momentum this first year and learn as much as we can, it should set up well for others from Australia to follow in years to come.”

This event is huge and setting up for the mass media. Modern technology will not be spared judging by the Tour De France race juggernaut that has taken the world viewing audience interest by storm.

“We hope to have some good days. These boats are fast and furious and the racing circuit already well established. Unfortunately we will only see the boat two days before the start of the racing so we have very limited preparation time.” Rod Waterhouse explains.

“We like a challenge and we demonstrated on many occasions that we learn fast. We expect we have the experience to give the odd surprise as the event moves locations”

The team is already fully privately funded and entered. They are looking for a name sponsor to further reinforce the challenge. Sponsors are encouraged to be involved on the ground team with room available in the technical and management sides.

Contact to the team can be made via rod@dbyboatsales.com.au.